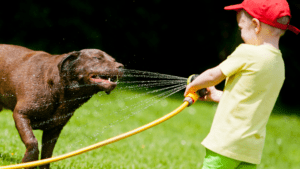 With more than 4.5 million people being bitten by dogs each year in the United States, and more than 800,000 receiving medical attention for dog bites, according to the U.S. Centers for Disease Control (CDC), dog bites pose a serious health risk.  At least half of those bitten are children. Therefore, it is important to understand the risks of dog bites, which breeds may be more likely to bite, how to be a responsible dog owner and how to avoid being bitten.

In a study released in April 2017, after reviewing 1616 consecutive pediatric dog bites treated at a single Level 1 trauma center in Atlanta, Georgia, it was found that 46 dog breeds were identified in 509 cases. Pit bulls inflicted the highest prevalence of injuries, 38.5% (196) and their bites were implicated in 50% of all surgeries performed. This breed is 2.5 times as likely to bite in multiple anatomic locations as compared to other breeds.

Another study at a Level 1 trauma center in Phoenix, AZ, showed that 282 pediatric patients who suffered dog bites were studied. Of the breeds identified in 213 cases, 75.5% were pit bulls. The report states, “Dog familiarity did not confer safety, and in this series, pit bulls were most frequently responsible. These findings have great relevance for child safety.”

Unlike all other breeds, pit bull terriers were relatively more likely to attack an unknown individual (+31%), and without provocation (+48%), according to a study of 334 dog bites at a Level 1 trauma center in Sacramento, CA. In fact, pit bulls followed by German shepherds, and mixed breeds consistently inflicted the highest causes of injury through this study at all locations.

While summer months should be carefree for children, more dog bites are reported to occur during this time than any other. The reason is because more people are outdoors, more dog owners have their pets outside and the likelihood of interaction increases. Research also suggests that dogs may be irritated by the warmer weather, allowing them to become agitated easily. With 27% of dog bite injuries being caused by family pets, and 64% being bitten in multiple locations, it is important for dog owners to be aware of the risks as well as their responsibilities. 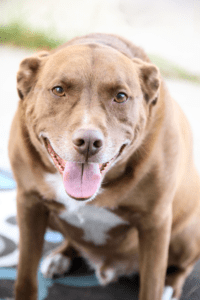 While dogs can be unpredictable, there are ways to avoid being bitten according to the AVMA. Besides socialization and education, anyone around a dog should avoid risky situations, not interact with dogs and avoid petting in these scenarios: